Jedward at the Grammys 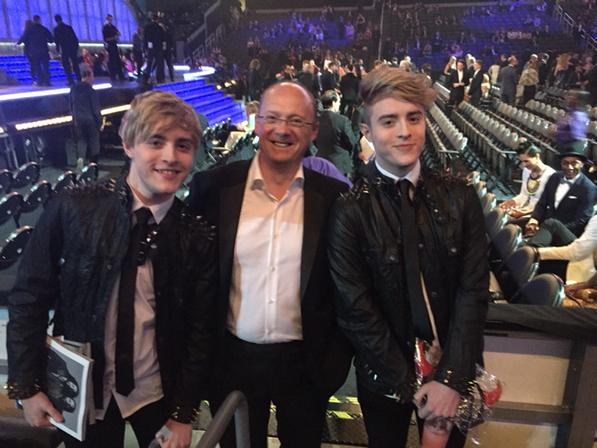 You can’t get this close to @Planetjedward without a @purehmv card #grammys2015 Still crazy, lads 🙂 pic.twitter.com/sTxA4ftOF1

It’s not known if John and Edward were there as guests of HMV.  Late last week they attended a ZZTop concert with Tara Reid, who tweeted the following:

It was a pleasure meeting you tonight @ZZTop wish you the best! Love to do it again @TaraReid and @planetjedwardpic.twitter.com/yLvKeRXKV4

In previous years John and Edward have remained in LA until the after the Academy Awards, which will take place towards the end of this month.