Thanks again to Beth for the translation! 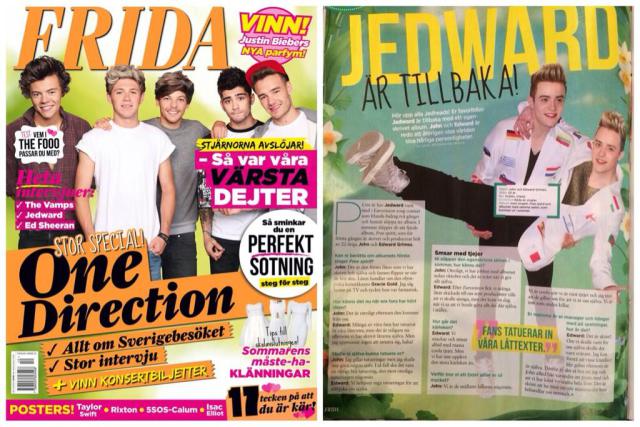 Listen up all Jedheads! Your favourite duo are back with an album they wrote themselves. John & Edward are ready once again to show the world their delightful personalites.

In just 3 years Jedward have taken part in the Eurovision twice as Ireland’s entry & managed to release 3 albums. This summer they’ll be releasing their 4th album, Free Spirit, which for the first time is written and produced entirely by 22 year old John& Edward Grimes.

Can you tell us about the first single from the album, Free Spirit?

J: it’s the first song we’ve written entirely by ourselves, the fans flip out when they hear it. The song’s about the Olympic Figure Skater Gracie Gold. I saw her on tv & thought she was fantastic.

How does it feel now your fans have heard the song?