The Pride of Ireland Awards were broadcast last night on Irish television channel, TV3.  You can watch the whole event on the TV3 Player, or watch just John and Edward’s part here:

Quote of the evening was from Jedward: 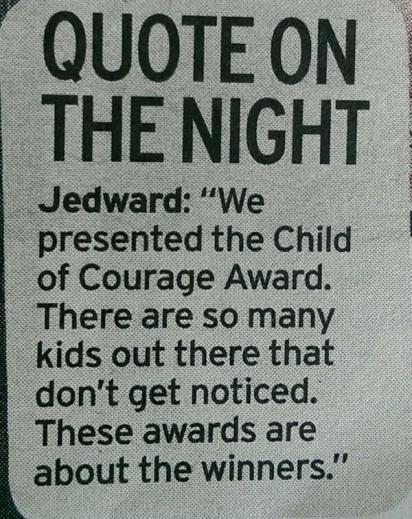 John and Edward tweeted this morning about meeting Philomena Lee, who was one of the twelve-judge panel for the awards.  Her own story is documented in the film, also called “Philomena“.

It was great to meet Philomena pic.twitter.com/dXsNPitreE

Jedward have featured a lot in the press the past few days because of the Pride of Ireland Awards, and we’ll cover these in a separate post.