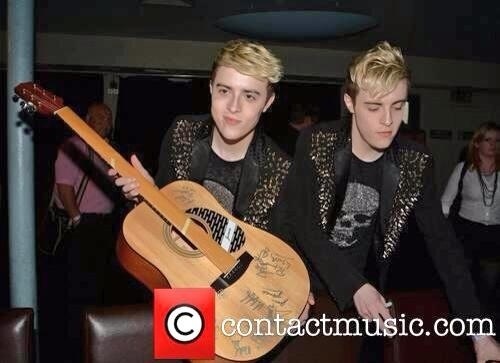 An acoustic guitar signed by John and Edward Grimes is going up for auction today, to help raise funds for the Christy Dignam fund, a charity which helps support the Aslan frontman, Christy Dignam, who has been battling cancer.

The Guitar, which was signed by the twins, when they performed at the Night for Christy benefit concert, is also signed by Christy and the band, along with such names as Mark Feehily, Danny O’Reilly, Mary Black, members of the band Kodaline, Bono and The Edge.

You can bid on the guitar HERE